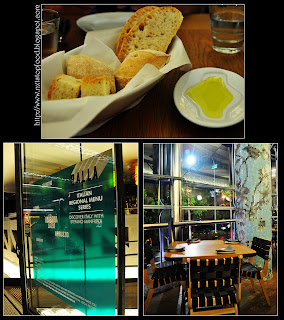 We have been lucky and have an uncle come help us at the restaurant and so mum has been able to sneak a few nights off again! In saying that, we were hoping to go and capture a few shots out in the CBD – however we found ourselves wandering in The Star for dinner as it was starting to sprinkle.

We start with the pastas as our entrée; mum had the duck with traditional squares. It wasn’t something that tickled my fancy much, as I found the pasta a little harder than I usually like it.

I have been craving for gnocchi for as long as I remember, so seeing it on the menu was already settled. I’m not one that usually like to eat peas at all, at whatever cost I will push them to the side of the plate. But I found myself scraping down the plate; it was simply packed with flavour from start to finish.


Not wanting to over order, we decided to settle for one main and two side dishes. The rosemary potatoes were so crunchy around the edges, the rosemary was subtle enough, a little overly salty for a few pieces here and there but that was not an issue! What can I say about the rocket and parmesan? Everything had the right amount to ensure it was nice and tasty! 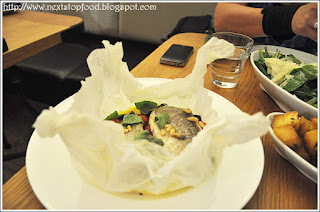 Mum’s not much of a red meat eater, so we had the snapper baked in a bag! It’s my first time having fish cooked in a bag, and it was so awesome!! The fish was great; it simply melted in your mouth. I’m not a fan of olives, and the taste was fairly distinctive in this dish – but it was something I could bring myself to continue eating because everything else was just so delicious!

It was a great night, with attentive staff. You get a pretty good view of Pyrmont too, so that’s always a nice bonus.