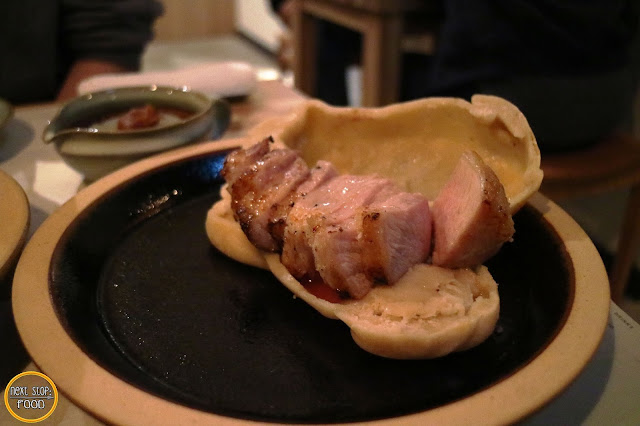 Sasaki is tucked into the narrow Alberta Street which is also the home of matcha fan crazed Cre Asion. The dimly lit restaurant only sits a limited amount of people under a cosy Japanese dining setting with absolutely divine food.


I was quite excited/hesitant to try whiting because I’ve never had it as sashimi before. The fish was sliced precisely thin to near transparent. It was beautiful and wasn’t fishy at all! The slightly spicy orange garnish was refreshing.

Silky smooth chawanmushi. It had a light tangy taste from the lemon oil which surprisingly worked well! The crab was sweet as well but the egg caught my heart more and was overjoyed when the boy let me eat most of it J

Their menu is simple with only the ingredients used listed but not the way they’re cooked. We ordered the eggplant thinking was a hot dish. It turned out to be cold so it wasn’t the best as we went on a cold rainy night. Besides the fact that it was cold, the eggplant had an interesting smoky taste which I enjoyed.

MACKEREL, SO GOOD. The oily fish was balanced with the perfect amount of vinegar in the rice. The fish is already flawlessly seasoned so there’s no need to dip it in soy sauce. This was definitely my favourite for the night and I hope it stays on their seasonal changing menu!

The pork came encased in a salt crust and though the case is edible, we were recommended NOT to eat the case because it’s really salty. The meat was heavenly succulent, so much respect for the chef to be able to cook it to such quality when it’s in a case! It comes with a braised daikon with miso paste which was also delicious.

The thin biscuits sadly just tasted like sugar without any ginger and genmai tea taste. Luckily the nuts dessert was everything as it described inside the pretty wafer case, it resembles a cute mini Snickers bar with a Japanese twist of miso! 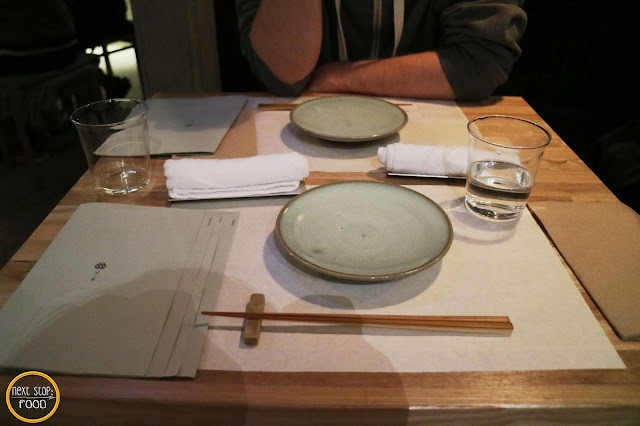 Everything in Sasaki was so delicately prepared, even the chopsticks (which I read that it was made by his retired dad!) were so thin to match the fine food. I am still salivating when thinking about the mackerel! Owner/chef, Yu Sasaki, has my admiration for all his execution of food and also the restaurant itself.

The service was good although it was hard to catch the attention of the staff at busy times. Also be mindful to arrive at the correct time especially if you want to try the Omakese because the table next to us arrived late and weren’t allowed to order it due to time constraint.

I am delighted that my CA studying days is over and will have all the free time during the weekend to visit different places and eat (of course). The boy is also pleased that he doesn’t have to plan around my studying. Cheers to more eating!